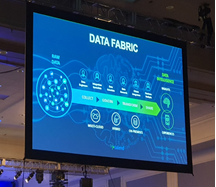 Ciaran Kirk & I were fortunate to attend the Talend engage conference in New Orleans last month. The event saw Talend staff, partners and customers from across the globe converge on the Marriot New Orleans for three days of networking, information sharing and to get inspired with Talend. 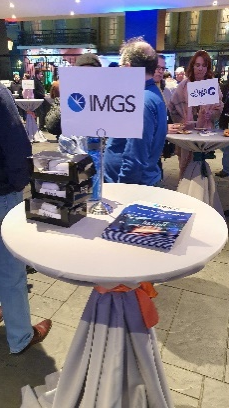 & I arrived late in the evening after nearly 20 hours of travelling, and found the partner showcase in full swing. We quickly dropped off our cases in our rooms and went straight downstairs to man our IMGS table. It was an amazing opening night with nearly a thousand people in attendance.

Christal Bemont, Talend’s new CEO kicked off on Wednesday morning. Christal spoke about her background and her ambitious vision for the company over the next three years. Ann-Christal, Talend’s new CRO (Chief Revenue Officer) then spoke about her vision to grow and how they will be supporting staff and partners to grow with them. Finally, to close the opening session Jamie Kiser, Talend’s new CCO (Chief Customer Officer), stated if they are to achieve the ambitious goals set out by Christal, their customer engagement needs to be first in class. She went on to speak about some of her initiatives for customer success, which will enable customers to get frictionless support from Talend and its partners.

Ciaran Dynes, the SVP of Product at Talend and fellow Irish Man from Co. Wicklow, opened the second day along with Laurent Bride, Talend’s COO & CTO. The pair spoke about the product road map for Data Fabric for this coming year, and gave us an exciting glimpse into the future. It was clear from their excitement they are passionate about the future of the platform and the problems it will solve for organisations big and small.
Naturally, I can’t give anything away just yet, but Cloud is still at the forefront of their endeavours, along with improving the customer’s experience to reduce time to insight.
They went on to speak about how important it is for them (Talend) to keep looking forward and innovating, Ciaran Dynes spoke about data over the last 10 years and how rapidly it is changing and shaping organisations.

The emergence of Big Data, IoT, Predictive Analytics and Natural Language Recognition has seen a shift in how organisations view data. Titles like Data Engineer, Chief Data Office and Data Scientist are now common roles in nearly every organisation. Data is also being discussed at a senior or board level, as organisations understand it is an asset that they can leverage to increase sales, improve performance and gain a competitive edge in the market.

Finally, Ciaran Dynes also said Data isn’t the new oil, oil can only be consumed once. Data however can be consumed multiple times and the more data you consume the more valuable it becomes. I feel this is a fairer description of data in the current climate.

Throughout the conference, Talend customers spoke about their journey to become more data driven. Customers like Stanley Black & Decker, Siemens, Royal Caribbean Cruises and Lowe’s to names a small few.

Lowe’s for example have 2,000 home improvement stores that generated $68 Billion in 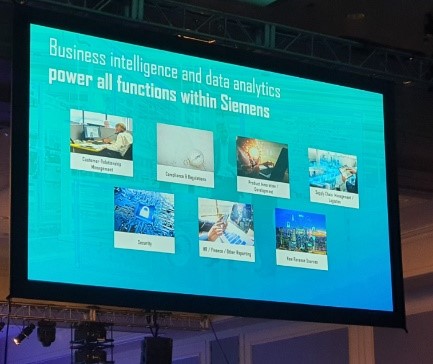 2018, they have 310,000 employees and are one of the leading suppliers in America. They used Talend to move from on prem to the cloud so they could leverage real-time big data.
Siemens also spoke about how data analytics powers every aspect of their global organisation. I personally never knew Siemens was such a large company, $89 Billion in revenue, 330,000 employees and 400,000,000,000 data records!

All the customer stories were amazing but Royal Caribbean Cruises really stood out to me. I never thought of a cruise ship as a floating 200TB Data Centre! Combine the complexity of this with the fact that they run off satellite broadband (traditionally very 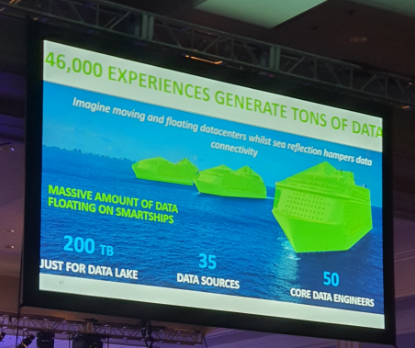 slow), the ship is moving and the reflection from the sea also affects the stability of their connectivity.

They went on to speak about the use of data on their modern Smart Ships, which have Google Assistant built into cabins for ordering room service or booking seats for an onboard show or activity. They also use facial recognition to speed up the process for guests disembarking and boarding at different ports along their trip. All of this data has to be GDPR compliant, so the information is automatically ammonised at the end of a guest’s trip. 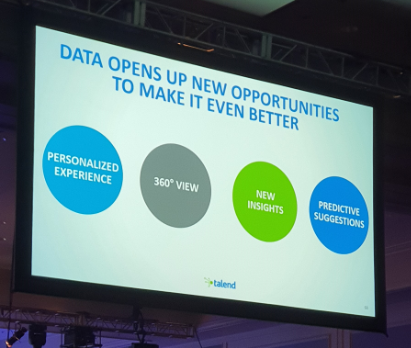 It was a fascinating glimpse into their business and how Talend has supported them with data ingestion, data quality, data governance and predictive analytics. Talend allowed them to get out of their “Legacy Trap”, so they could leverage modern technology to personalise a passengers experience, predict & suggest new experiences, gain new insights and finally improve passenger security while protecting their passengers privacy.

Thank you for reading our blog and if you’d like to hear more about Talend and what it can do for you and your organisation, please don’t hesitate to reach out, Ciaran is dying to show off his Talend Super Powers!

This website uses cookies to improve your experience while you navigate through the website. Out of these cookies, the cookies that are categorized as necessary are stored on your browser as they are essential for the working of basic functionalities of the website. We also use third-party cookies that help us analyze and understand how you use this website. These cookies will be stored in your browser only with your consent. You also have the option to opt-out of these cookies. But opting out of some of these cookies may have an effect on your browsing experience.
Necessary Always Enabled
Necessary cookies are absolutely essential for the website to function properly. This category only includes cookies that ensures basic functionalities and security features of the website. These cookies do not store any personal information.
Non-necessary
Any cookies that may not be particularly necessary for the website to function and is used specifically to collect user personal data via analytics, ads, other embedded contents are termed as non-necessary cookies. It is mandatory to procure user consent prior to running these cookies on your website.
SAVE & ACCEPT
Bob Stuart

Bob has over 30 years (18 years at IBM in Ireland) IT industry experience in Customer Service Engineering, Human Resources and Sales and General Management. Bob believes that the key to IMGS’ success is a focus on providing top class support and excellent customer service to our customers.

With over 20 year’s experience and a proven track record in delivering enterprise solutions which deliver significant savings for customers through the intelligent use of Data I am passionate about achieving real digital transformation through data agility.

Aoibhinn has over 15 years project delivery experience across a wide variety of industries, including Banking, Payments, Insurance and Utilities.

She is passionate about customer service and the importance of building strong collaborative business relationships. She is ISEB, ITIL and Scrum.Org accredited with a strong understanding of complex IT systems and processes. Aoibhinn specialises in project management, process improvement and quality assurance to improve system stability, functionality and efficiency.

With over 15 year’s experience, I have a proven, multi-award winning track record in helping companies achieve their goals.

At IMGS, I support enterprises to drive digital transformation through data agility. As a company, data intelligence and information is at the core of what we do. We provide solutions to automate data flows, visualise information and power data insights for a wide variety of customers including Local Authorities, Government Agencies, Utilities and Communication Organisations.

IMGS partners with Hexagon Geospatial to provide organisations with powerful solutions that help make sense of the dynamically changing and challenging world..

IMGS is the sole distributor for Hexagon's Safety & Infrastructure division for the island of Ireland.

IMGS are proud to work with Sisense, a leading platform for analytics builders that simplifies business analytics for complex data.

IMGS, a solutions partner in Ireland for Snowflake Computing, deliver a cost-effective low maintenance, modern data warehouse as a service through Snowflake.